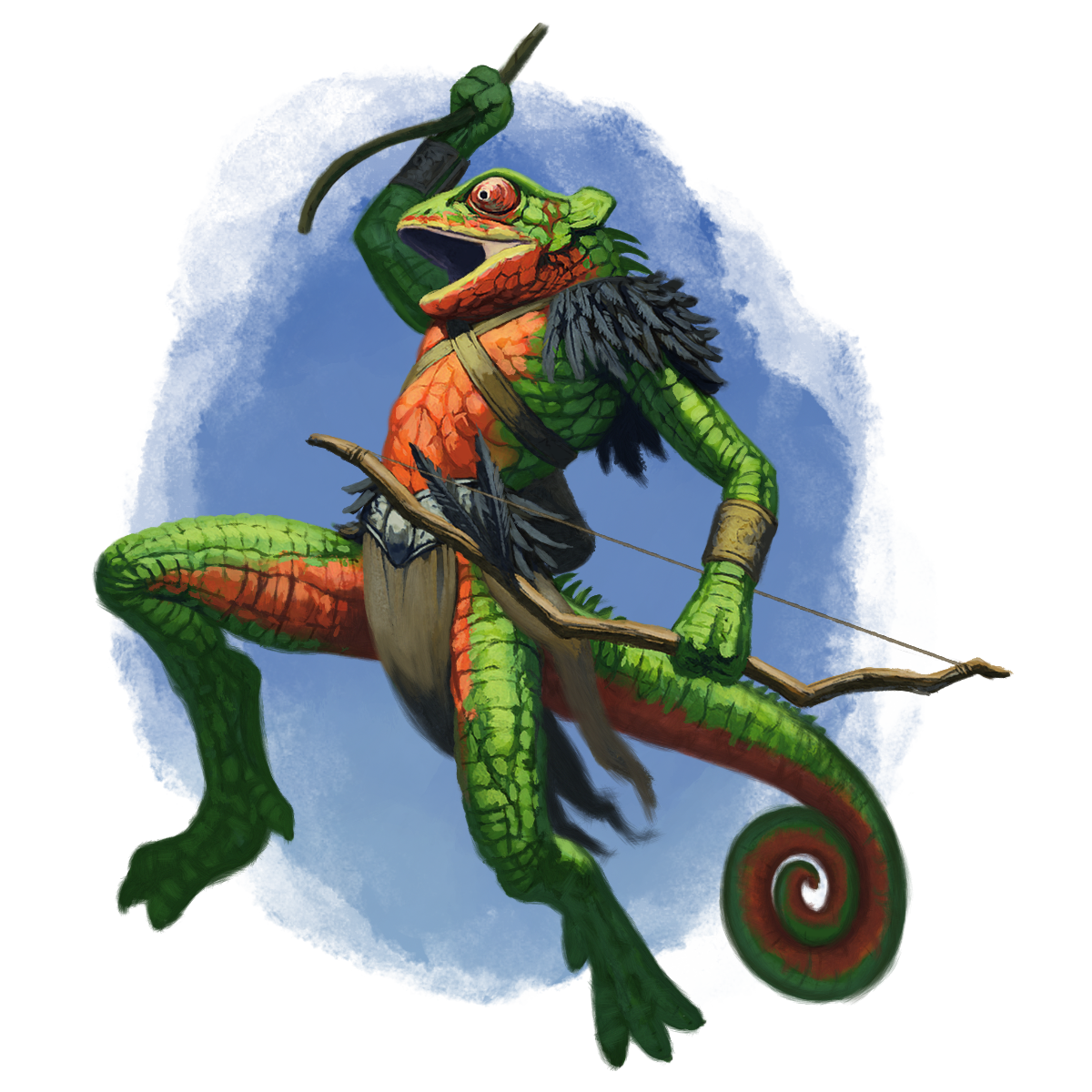 The Xulgaths are a reptilian people with a reputation of being the most ruthless slave traders in the Known Realms.

Xulgaths stand about seven feet tall, and are thin and wiry, with scaly skin, a long prehensile tail, and large chameleon-like eyes that can focus independently of each other. The color and pattern of their scales varies by family. Common colors are bright green, olive green, pale yellow, sky blue, brown, and black. Xulgaths tend to wear elaborately-patterned colorful scarves that denote their clan, employer, profession, and rank; these are nearly indecipherable to outsiders.

Xulgath culture is mercantile-based and motivated by the accumulation of wealth. They regularly enslave intelligent creatures of other species, but never enslave other Xulgaths: Slaves are but one form of wealth. Xulgaths are known for their short temper and general lack of humor. However, they are also have a great love of music, particularly complex percussion performances. Their artisans are also accomplished sculptors.

In combat, they prefer to capture their enemies alive as living treasure to be brought back and sold. Many coat their weapons with knockout poison.

by: Mike_Ferdinando
See All Pages