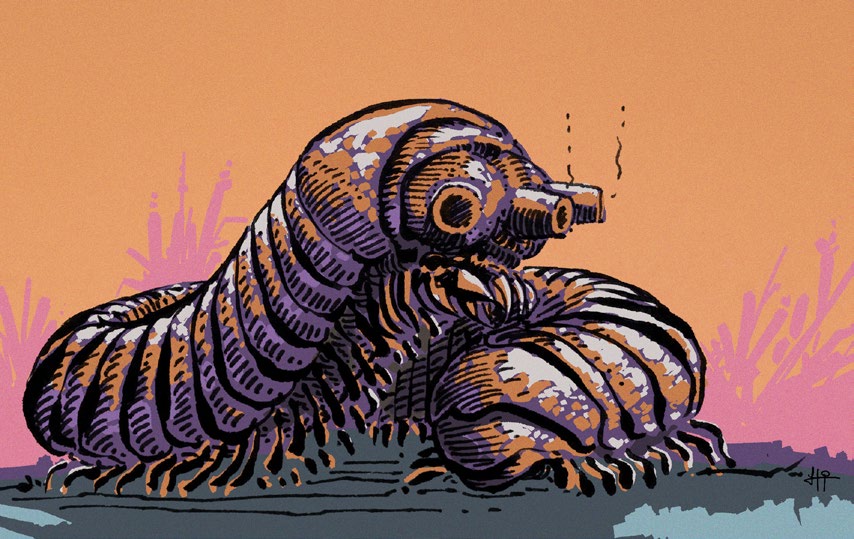 Gunnipedes are fearsome horse-sized centipede vomes, with an exoskeleton of steel plates, polyphonic amplifers in its throat, and two swiveling gun turrets where its eyes should be. Not particularly smart, they are usually encountered singly, as a mated pair, or in a group of 2-4. Many are independent, but some are the shock troops of a vomish nest. They are voracious and can eat just about any matter. In addition to their head cannons, they can produce a terrifying screech like the feedback of a hundred electric guitars.

by: Mike_Ferdinando
See All Pages