Barbarian from the Forest of Glass

Tarkiov is a human from somewhere in the Rainbowlands who grew up in the Forest of Glass, in the Blue Wastes. Tarkov was raised by a pack of Dimensional Wolves, a telempatheitc species that can communicate in images and emotion, and also have the ability to shift between dimensions. His pack had been in a long-standing struggle with the Reapers: self-replicating Violent Organo-Mechanical Entities (“Vomes”): constructs originally built to harvest the Crystal Trees from the forest, but have since glitched and gone rogue. In a pitched battle where the Reapers had the upper hand, his pack signaled to shift dimensions, which they did… leaving Tarkov behind. Tarkov managed to escape, but vowed vengeance on all Vomes. Later, he met and fell in love with Jaala, an exiled Redlander Priestess of the Moon, and the two had several happy years eking out an existence in the Blue Wastes. Yet the two were ambushed by raiders, and Jaala was captured and taken off while Tarkov was left for dead. Tarkov later learned the raiders headed west, possibly to the Black City, where a captured Moon-Priestess could be very valuable. He has vowed to track her down and secure her freedom. 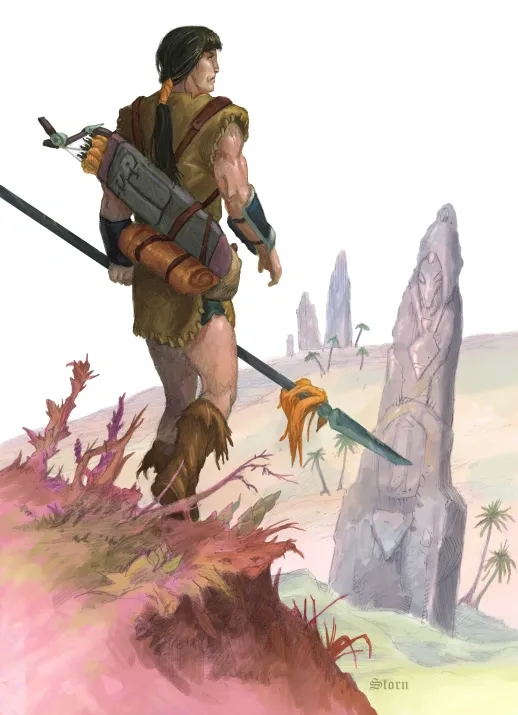