Major Jake Slayton is an astronaut with the United States Space Force, and was part of the first manned expedition to Mars. While on the Martian moon Phobos, the Major discovered a strange artifact: A nine-foot tall black, rectangular monolith. When he gazed into the monolith, it seemed to shimmer, and show him a vast star-field. Compelled to touch it, he reached out, and felt himself accelerate through space, or time, or other dimensions. He then found himself standing in a circular tunnel bored through huge, yellow, sandstone obelisk. The sky was violet with amber clouds, and the sparse vegetation across the yellow sand was more yellow and pink than green. When his air ran out, he removed his helmet to find the air strangely scented but perfectly breathable. He quickly found himself in a weird society where magic and ancient high technology co-existed. He sold off most of his spacesuit for local currency and began his exploration of this weird new world. For reasons he cannot explain, his smartphone continues to function: Its battery never runs low and it can still connect to the Internet back on Earth… although none of its messaging applications work. A few weeks after arriving, he was trading with a tinker and found something oddly familiar: A red nylon case of plastic cutlery, marked with a Soviet-styled logo with Cyrillic letters: 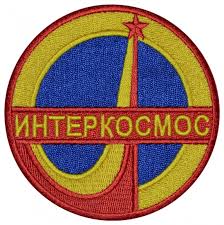 His Smartphone revealed the letters to be Russian, and that it means “Interkosmos”. Looking that up: Interkosmos was a Soviet international space program that ran from 1968 through 1993. Inside was a set of plastic cutlery, stamped “CCCP” and with the Soviet space program’s logo. The Major knows that he isn’t the first spaceman from Earth who has been here!

The Major learned from locals that there may be a way back home at the Black City at the Edge of the World. 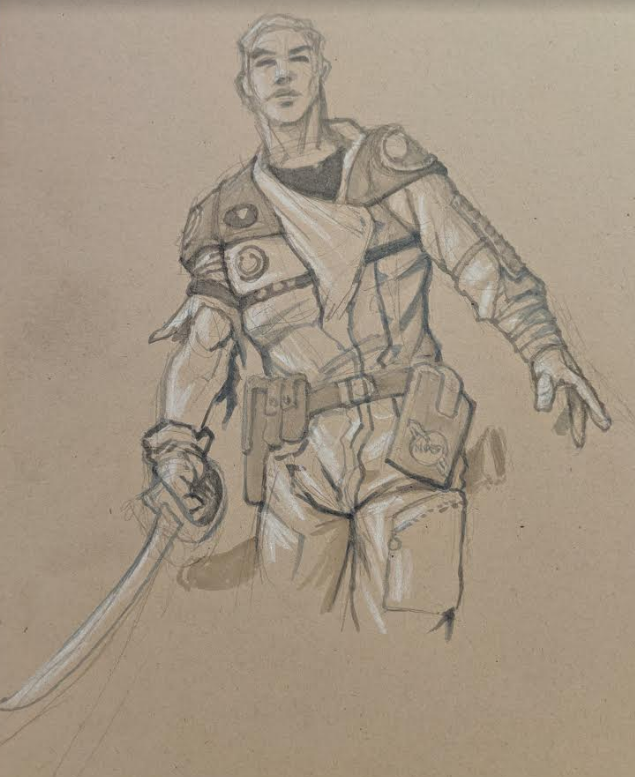